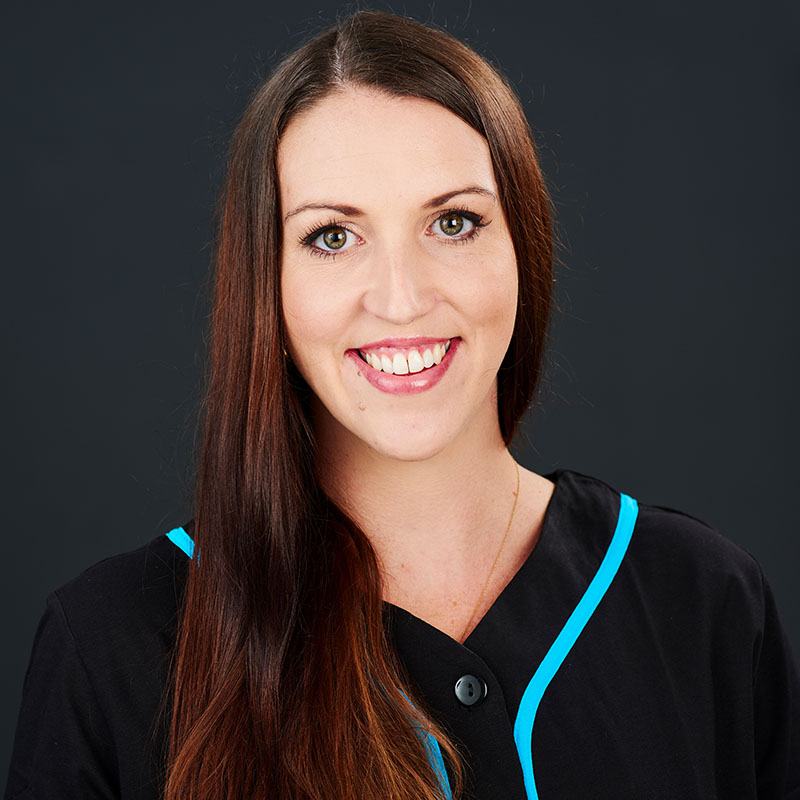 Ashleigh has been dancing for 25 years and studied under NBSD gaining her Associate Teachers Certificate with the ISTD and her Certificate of Dance Teaching with the Royal Academy of Dance (RAD). After receiving high scores in HSC Dance, Ashleigh received a scholarship to Wesley Institute where she studied and graduated with a Bachelor of Arts (DANCE) in 2008.

Ashleigh danced and performed alongside Shelly Moore and Zoe Black, under the direction of Kay Armstrong in the Contemporary Company Pulse 8. She has worked with choreographers including Vicky Van Hout, Anton, Narelle Benjamin, Nacho Pop, Lauren Seymour and E-man (Justice crew). In 2007 she danced in video clips for music artists Amanda Baker and Eddie Wakes (U.S.) and in 2008 Ashleigh was selected to be an ambassador for activewear label Lululemon Athletica.

Ashleigh has appeared in corporate and product videos (acting and dancing) for clients incl. AdTech Environmental and Hasbro Australia. She has also been featured in TVCs, videos, brochures and online for clients including SDN Children’s Services, Bonds, the Heart Research Institute and Animals Asia. On several occasions she has also made local papers for her Dance contributions to the community.

However, Ashleigh’s true passion has always been teaching. She began teaching in 2003 and since then has managed a dance school on Sydney’s upper north shore (northern beaches?) for 10 years. Won 3 consecutive “Excellence in Choreography Awards” with the Rock Eisteddfod Challenge, coached students through their exams and choreographed for many successful groups and soloists who have won multiple National Titles including: 1st place National Champion group and soloists, highest scoring national teen and Elite NationalChampion 1st overall. In her teaching career she has taught many students who have gone on to dance professionally both here in Australia and in the U.S.A.

Ashleigh began teaching the JB Dance Elite team in 2017 and has a passion for nurturing students’ love for dance in a supportive, creative and caring environment with a competitive edge.